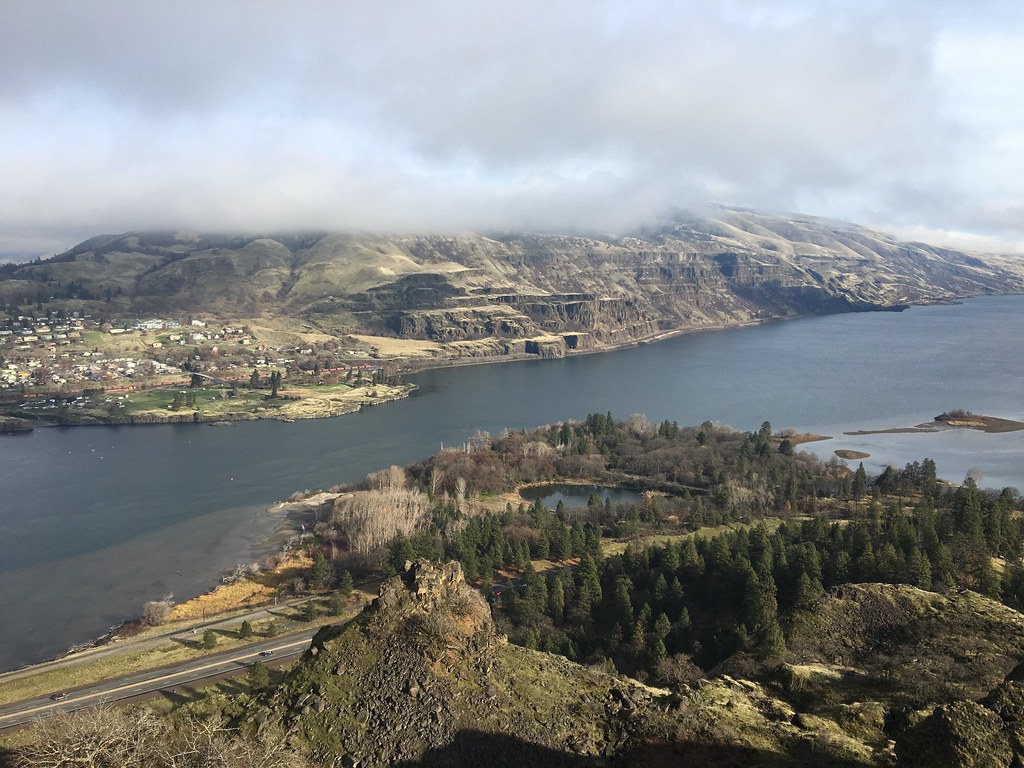 Gwen and I spent a couple of weeks in Oregon and Washington at the end of 2017. Following are some random highlights:

I can’t say much for Astoria. The one thing that had attracted us to the town was the Museum of Whimsy, which we found out just a few days before we arrived was closing for the season (insert sad trombone sound).

We had dinner at the Buoy Beer Company, where we had fried oysters, among other things. The place is touristy, like the rest of the town, and is distinguished by some glass floor panels giving a view of sea lions.

We did visit the Astoria Column, which was interesting in itself, but more interesting for the view of the surrounding area it affords, which is amazing. People buy balsawood toy airplanes at the gift shop below and launch them from the top, which is fun but ridiculously moopy.

We visited Port Angeles not so much for the town itself but for its proximity to the Olympic National Forest/Olympic National Park. We did manage to get in an 8-mile hike along the Spruce Railroad trail, which was beautiful, but that day ended with surprisingly heavy snowfall, so the next day we hunkered down and caught up on House of Cards.

We had a micro-apartment AirB&B in the Capital Hill neighborhood. Like, as small as the apartment I had when I was in Japan, but with much worse space utilization. The listing didn’t exactly lie, but it showed views that we think were only visible from the rooftop deck. The unit had no kitchen, although there was a communal kitchen on the ground level for the 12 or so units in the building.

We didn’t have a lot of time to take in Seattle, and part of that time was dedicated to getting together with Gwen’s cousins (which was enjoyable, but not a recommendation for the general public). One place we happened across was Ada’s Technical Books and Cafe. As I said to Gwen, it’s either a bad thing or a good thing or we don’t have a place like it in Austin. We both could have spent all day browsing there.

One of the high points was visiting the Seattle Art Museum, which was showing a massive Andrew Wyeth retrospective.

We had dinner one night a Blueacre Seafood, which was spendy but good.

I took some pictures, too